The park is chiefly famous for being home to one of Cosa Rica’s largest remaining populations of scarlet macaws in the wild, and for its 15 pre-Columbian archaeological sites.

The primary rainforest is home to many birds, including scarlet macaws and orange-chinned parakeets. Several different species of parrot live here, as do hummingbirds, motmots, jacamars, antbirds, manakins, and trogons. In the watery parts of the park, you can see herons, kingfishers, egrets and anhingas. The Anhinga (Anhinga anhinga) is also known as snakebird, because when it swims, only its elongated neck appears above the water, looking like a snake. The name Anhinga means snake bird (or devil bird) in the Tupi language. 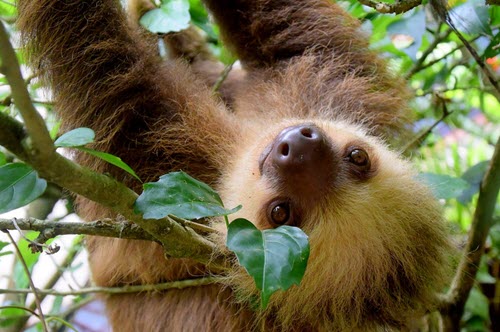 Many different reptiles inhabit the park, including American crocodiles and plenty of lizards and snakes.

Among the most famous of the park’s amphibians is the Green-and-black poison arrow frog (Dendrobates auratus). It requires bromeliads to reproduce successfully, since the offspring develop in small pools of water that accumulate in the center of these plants. In these pools, the tadpoles feed on algae and tiny invertebrates.

Examples of mammals living in the park:

15 pre-Columbian archeological sites are located within the park, corresponding to two periods:

One of the most well-known sites is the Hills Burial, a burial area and adjoining village located on a hill facing the Rio Tárcoles. This village is believed to have been an important power center for the lower Rio Tárcoles area.

The park was originally established as a biological reserve back in 1978. In 1998, it was upgraded to a national park.